It is impossible to obtain accurate figures of the number of Uyghurs living within China’s borders. Estimates vary between Chinese Government statistics of 11.6 million, to Uyghur groups both within the country and among the diaspora estimating much higher numbers, some as high as 20 million. Chinese Communist Party rules limiting the number of births, of necessity resulted in many unregistered and therefore “illegal” children among the mainly Muslim population, resulting in a hidden and therefore greater population than has been admitted to by the Chinese government.

It is now one of the most heavily policed areas in the world, with inhabitants detained in extraordinary numbers or subject to a daily regime of intense repression.

The Chinese Government’s crimes in XUAR have included the demolition of mosques and Uyghur cemeteries, the banning of Uyghur literature, the cessation of Uyghur language education and forced transfer of Uyghurs and other Turkic peoples away from their home region to other urban areas often to be used as slave labor. Uyghur children have been removed from their families into State orphanages and boarding schools, and vast numbers of indigenous people have been interned and punished simply because of their ethnicity and religion. 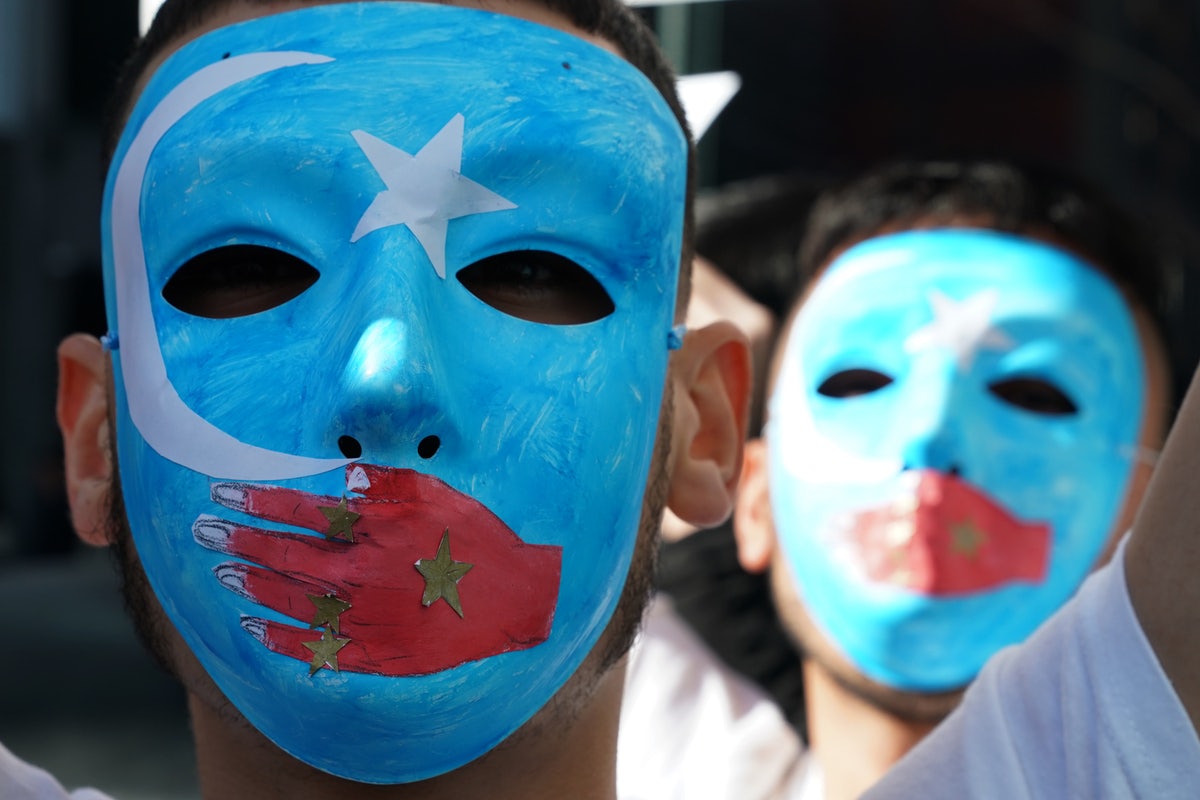